Concrete deck base or subframe?

Hi,
I had taken down my green house and want to put there a deck instead. However the greenhouse had concrete base and because is nicely level, I wanted to leverage that in the deck building. As the deck will be bigger (the pink lines on attached images, I had originally planed to use some some fancy subframe system with height adjustable pedestals. Something like this 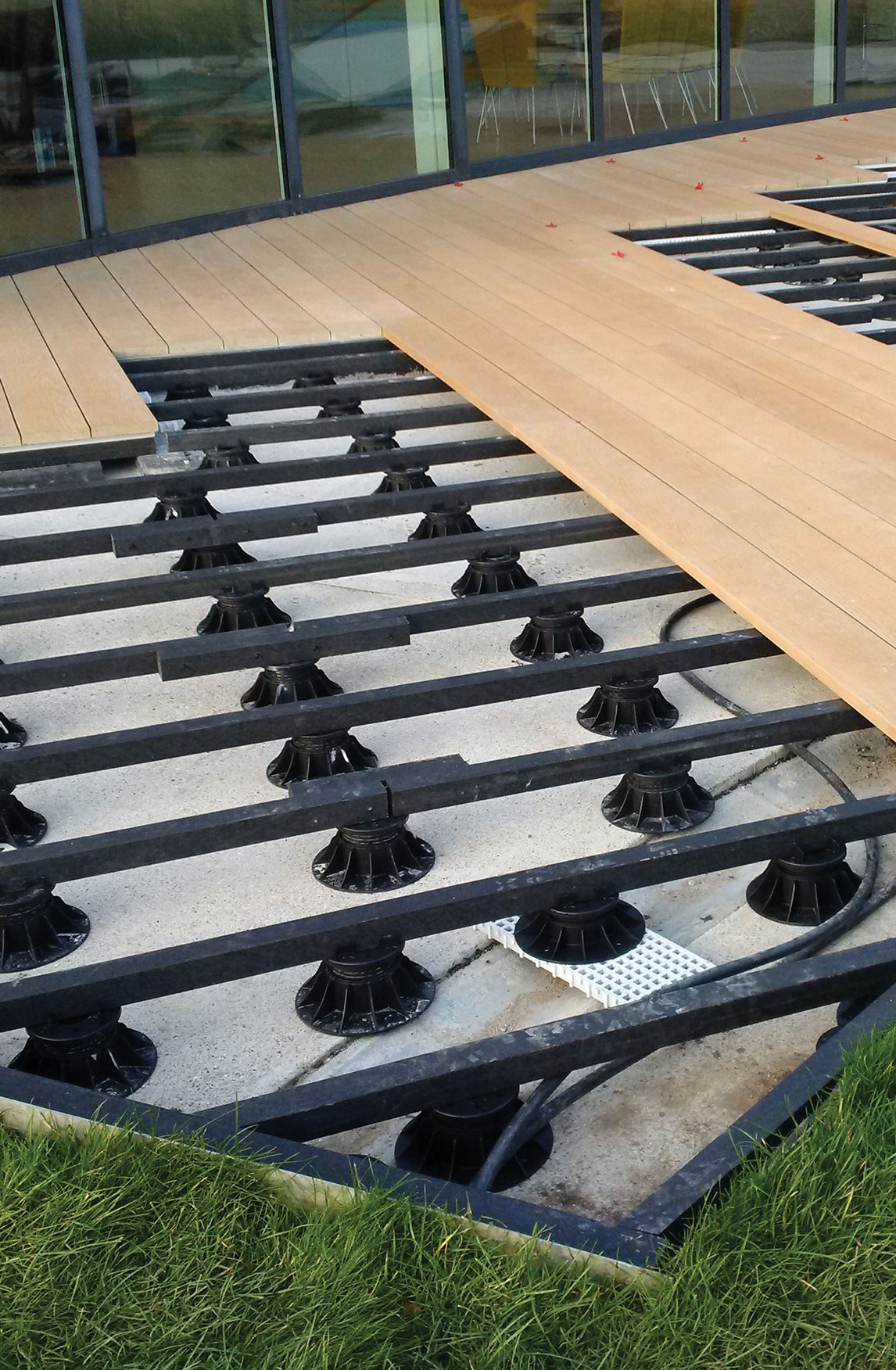 But now I'm thinking of doing that by making the base completely from concrete (remove the paving slabs ofc, but pouring it directly on/around the existing greenhouse base and concrete floor) and then just use something like this for the joists. As it seems generally cheaper and even easier to make level and sound.
Is it a bad idea? Should I go for subframe? Or something totally different?

I would have thought the method in the pic is simplest using some plastic feet with a frame of 5x2 tantalised joists on top. If you want to make it bigger just put more plastic feet on the ground surrounding it maybe placed on top of strategically placed slabs.

Your method fine too but remember you never want your deck to be dead level as water will collect on it. Give it a very slight run off angle say 1:100. The eye won’t notice but will help rain to drain off.

Thanks. I'm still not sure the concrete solution is better, hence the question . But maybe you are right and the subframe is simpler. I was just worried about the pedestals being level on the ground closer to the shed, as it is very uneven. To sort it out I though I'll cut a square pockets in the base concrete and put small amount of screed to level it. Would that work?
D

M
have i cocked up ?