mcprinter said:
Errm a Young me in the 70's was fascinated that if you splashed a Light Bulb with bath water, it dripped back warmer.
BANG! Darkness, Muuuuuuummmmmmm!!!!!!

Have fitted some of these recently to replace some larger Halogens. I have some R50 fittings in a Bathroom. Not sure of the cutout so check the dimensions. 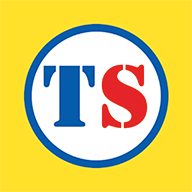 I prefer to be able to replace Bulbs.
Click to expand...

They look absolutely perfect - but I better measure up properly and I agree with being able to change bulbs. I would hate to have to try and match up fittings in a few years time ...
Sponsored Links
L

Ok so 240v not 12v....
Then as my reply to @ericmark
Finally it's PVC not rubber. Original house wiring is 1960s but those lights/the circuit would have been fitted when the bathroom was 'remodelled' -based on the decor and the age of the fan -oh and the shampoo and conditioner I found behind the plasterboard I had to replace when retiling around the bath- I would say the wiring is late 1980s. The MCB was replaced when kitchen was refitted/rewired about 12 years ago - house wiring was tested before fitting and was ok.

Lusi83 said:
I would hate to have to try and match up fittings in a few years time .
Click to expand...

It's reasonably likely that in a few years time, integrated light fittings where the whole thing has to be replaced will be banned for most applications.

They are already discouraged in the changes from September 2021, https://www.legislation.gov.uk/ukdsi/2021/9780348225488 Chapter 2 and Schedule 3.
Some of that was incorrectly reported as being banned from that date before the legislation was made.
Sponsored Links

I do wonder how LED lights will cope with some dampness, tungsten lamps were hot so any moisture was driven out, as to if LED in a bathroom is good, not so sure, bathrooms tend to be used for a very short time, so inferred heating is likely good, but what is not good is having to change bulbs on a regular basis.

So my bathrooms are LED and fluorescent, with a tungsten in the shaver lamp, not that I shave, I look like father Christmas. But not sure on LED life, I have not lost many, can still count them on one hand, but I do have a SPD fitted in the consumer unit.

The LED lamp can be simple, it can also be complex this GU10

has a far bit hiding under the LED plate left, as to if the transformer is 50 Hz not sure, the lamp failed or would not have opened, likely the capacitors mean it is smoothed, but the big question is can damp enter that void, and will spikes cause premature failure.

This one is colour changing zigbee so maybe not fair to use as an example, the G9 bulb I opened was very simple in comparison, six pins connect the plate with the LED's to the unit below it, likely red, green, blue, white high temp, white low temp, and return.

However the low voltage is deep within the unit, near the surface we have extra low voltage, so unlikely to present a danger. I bought a pair, the one stripped was tested in kitchen, it did not last long, second in the landing light, only been up a few days,

the centre one is colour changing the 4 outer are simple on/off although controlled with a zigbee relay so can be controlled by the phone.

I am crossing fingers and hoping it lasts.

The question as to if spikes can cause the LED lights to fail is debated, and no real answer, I have a SPD and I have lost less LED's to my son who does not have a SPD, but he blames it on cheap bulbs from tool station, there is really no way to work out if correct.

Daughter has problems in my living room, she gets a head ache, she blames it on LED bulbs, but again no proof,

how can one work out if the bulbs have a strobe effect? It does not cause a problem with my wife and I.
D

LED bulbs on a dimmer switch
2