A borrowed neutral is where something (nearly always a light) has its live connection on one circuit and its neutral on another: 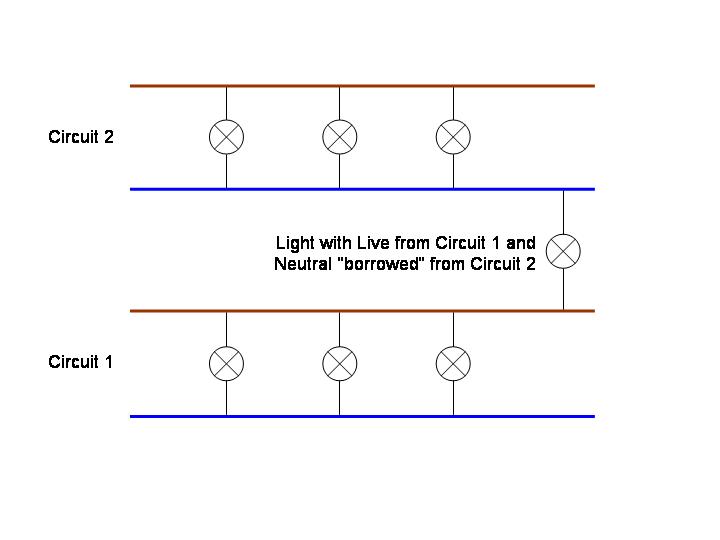 The reason it’s a problem is shown below. Consider the two circuits as before, and you want to break into Circuit 2 at point X to install a new light. So you switch off the MCB, or pull the fuse, verify that the circuit is dead, and cut the cable. At that point some or all of the neutral cable in Circuit 2 becomes live via the path through the light from Circuit 1. 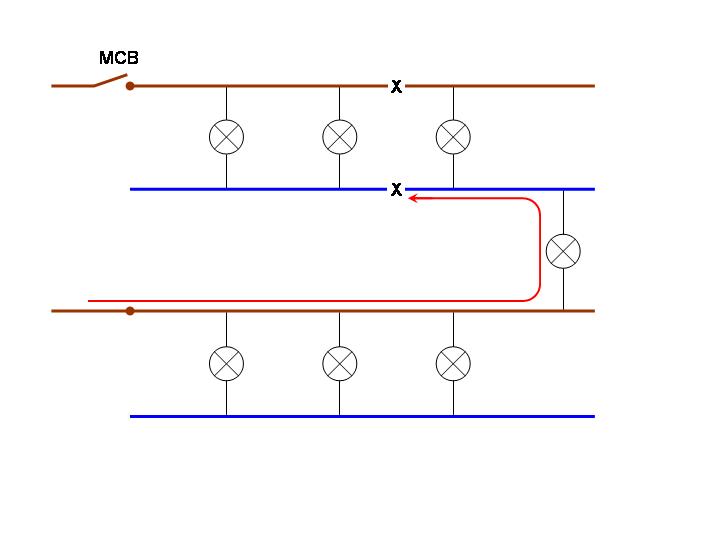 I submit that this is a Bad Thing™