Wasn't sure where best to put this, so I've gone general DIY.

We had a leak recently in the heating pipes behind the skirting board in the conservatory and as a result a bit of the flooring has had to come up which I need to repair.

The flooring is made up of tiles, 18mm wooden sub floor and then laminate on top. I've cut some 18mm ply to make up the level on the sub floor ready for laminate to go back down but there are a couple of questions I have.

1) There is a part of the tiled floor which has either been damaged when finding the leak or was damaged previously it almost looks like loose concrete now. Does this need to be made good before securing the ply? If so how? Concrete? Another tile of the same thickness?

2) How's best to secure the ply? Previously I've only ever screwed it on to floorboards. Would a good adhesive like pink grip suffice?

3) There is a fairly significant gap under the pvc frame which looks like it preciously had mortar all the way. Some of it has gone completely and the remaining stuff is fairly weak. I was thinking of at least filling the open gaps with expanding foam before trimming and putting a pvc fascia on. Would this be OK or would it be better to dig out all the mortar and either replace entirely with new mortar or expanding foam? 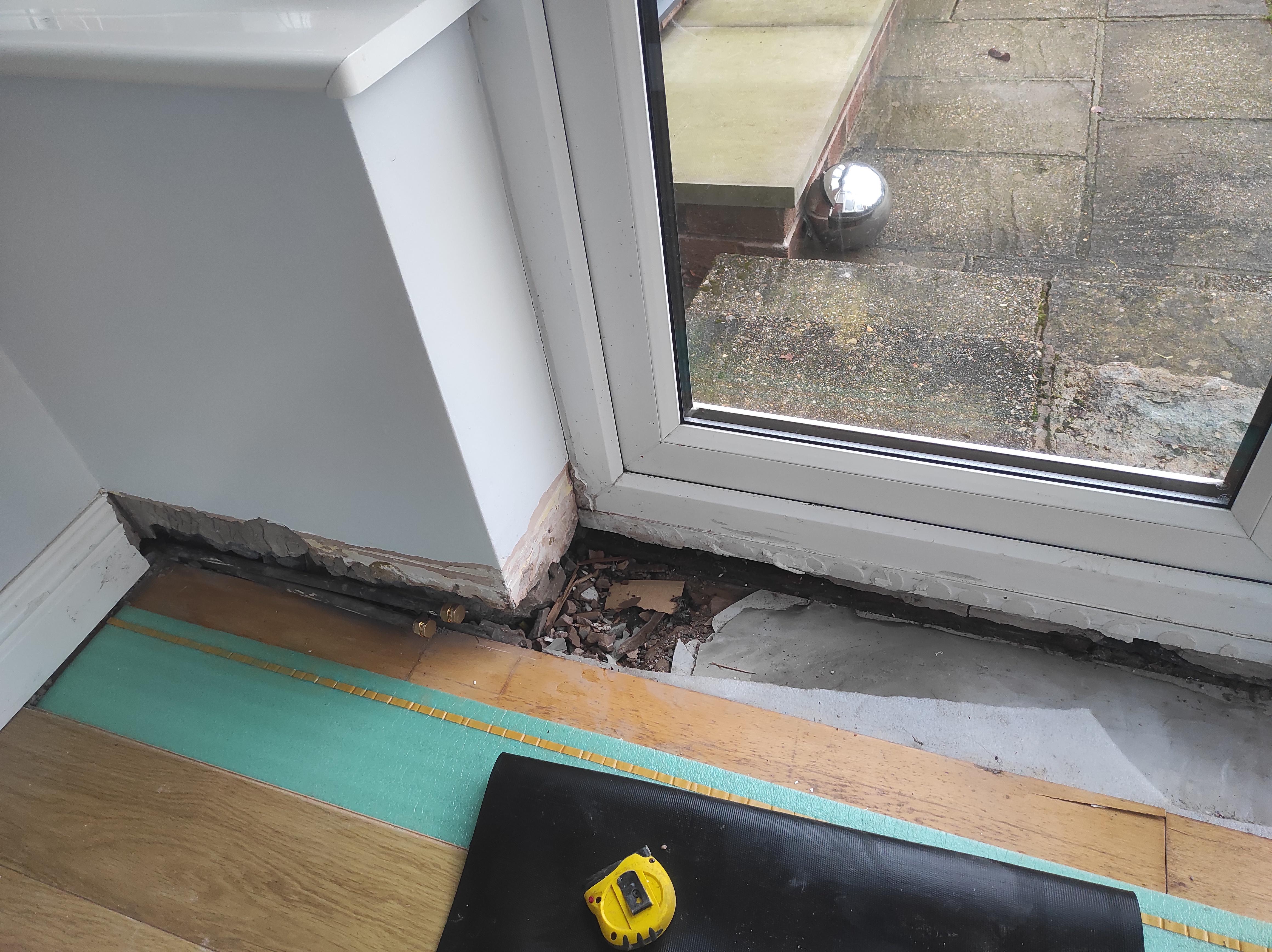 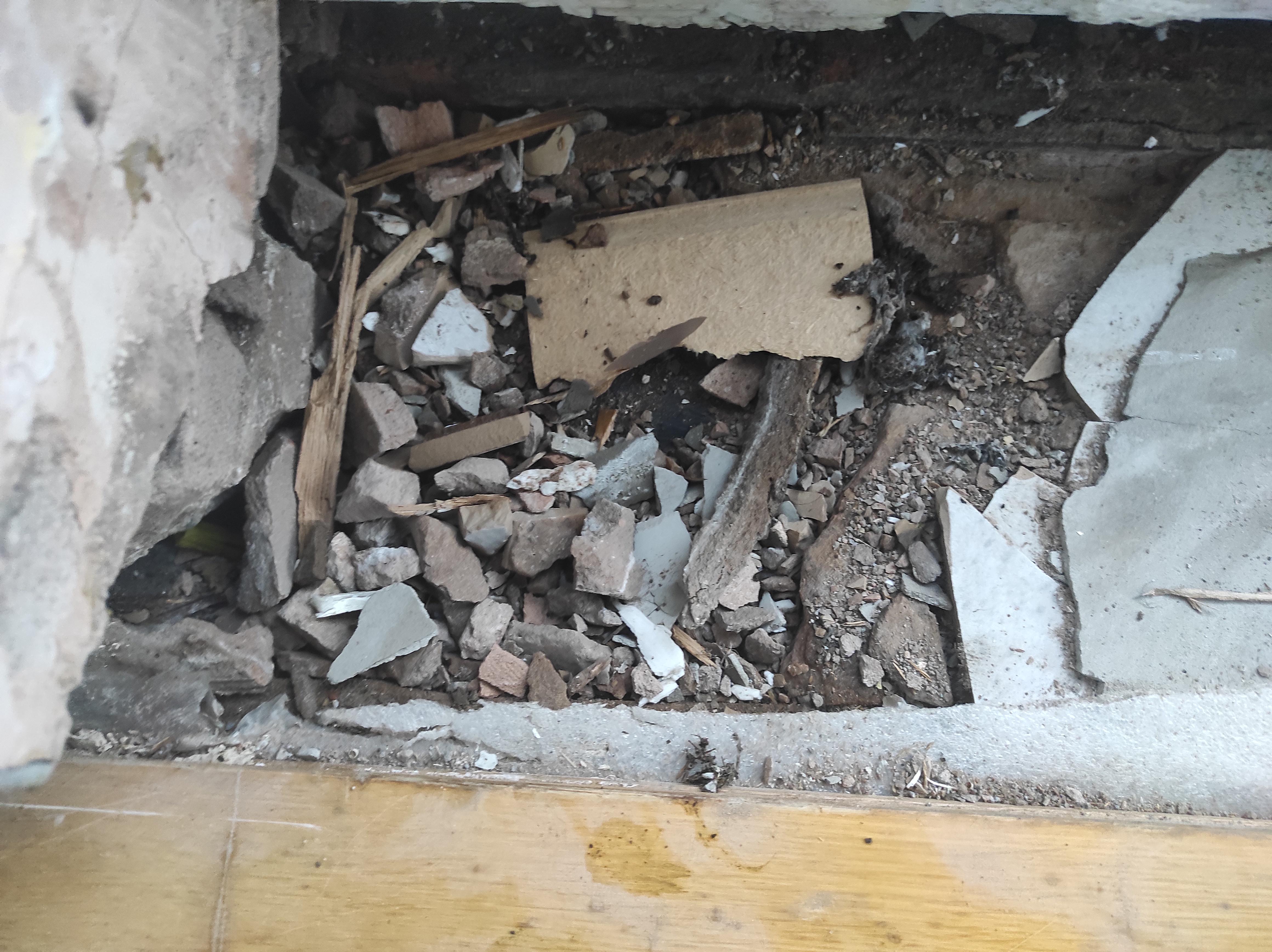 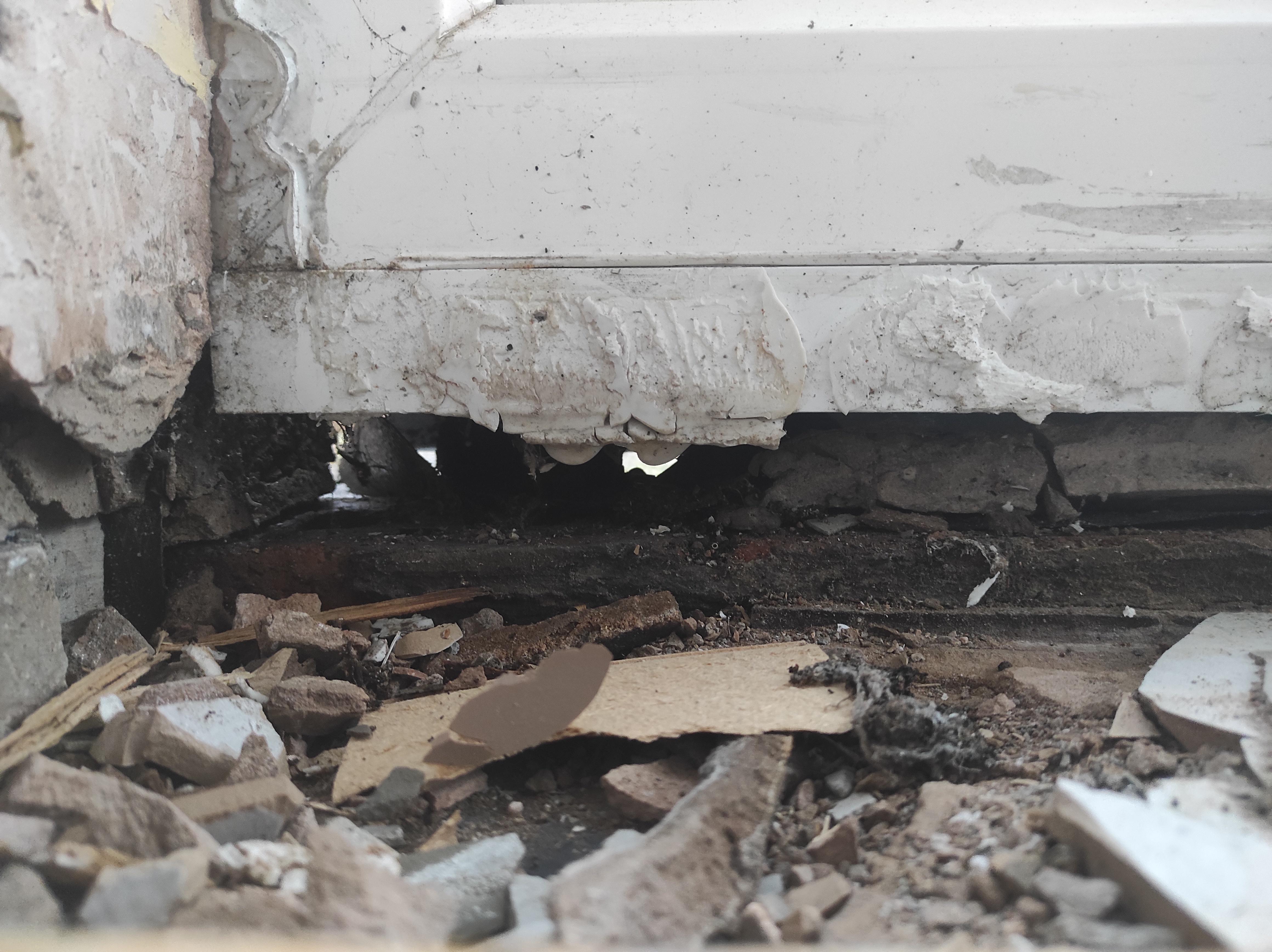 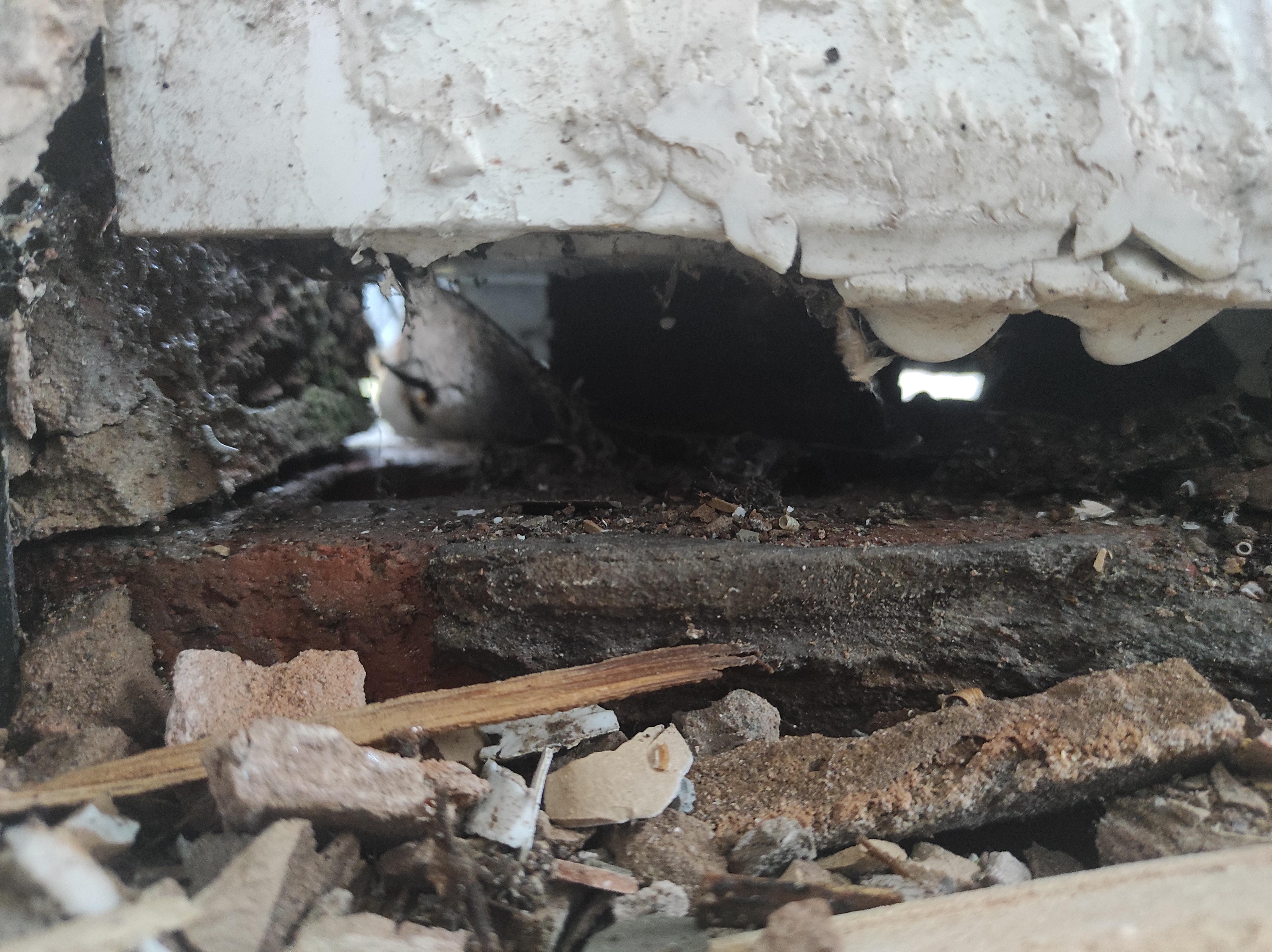 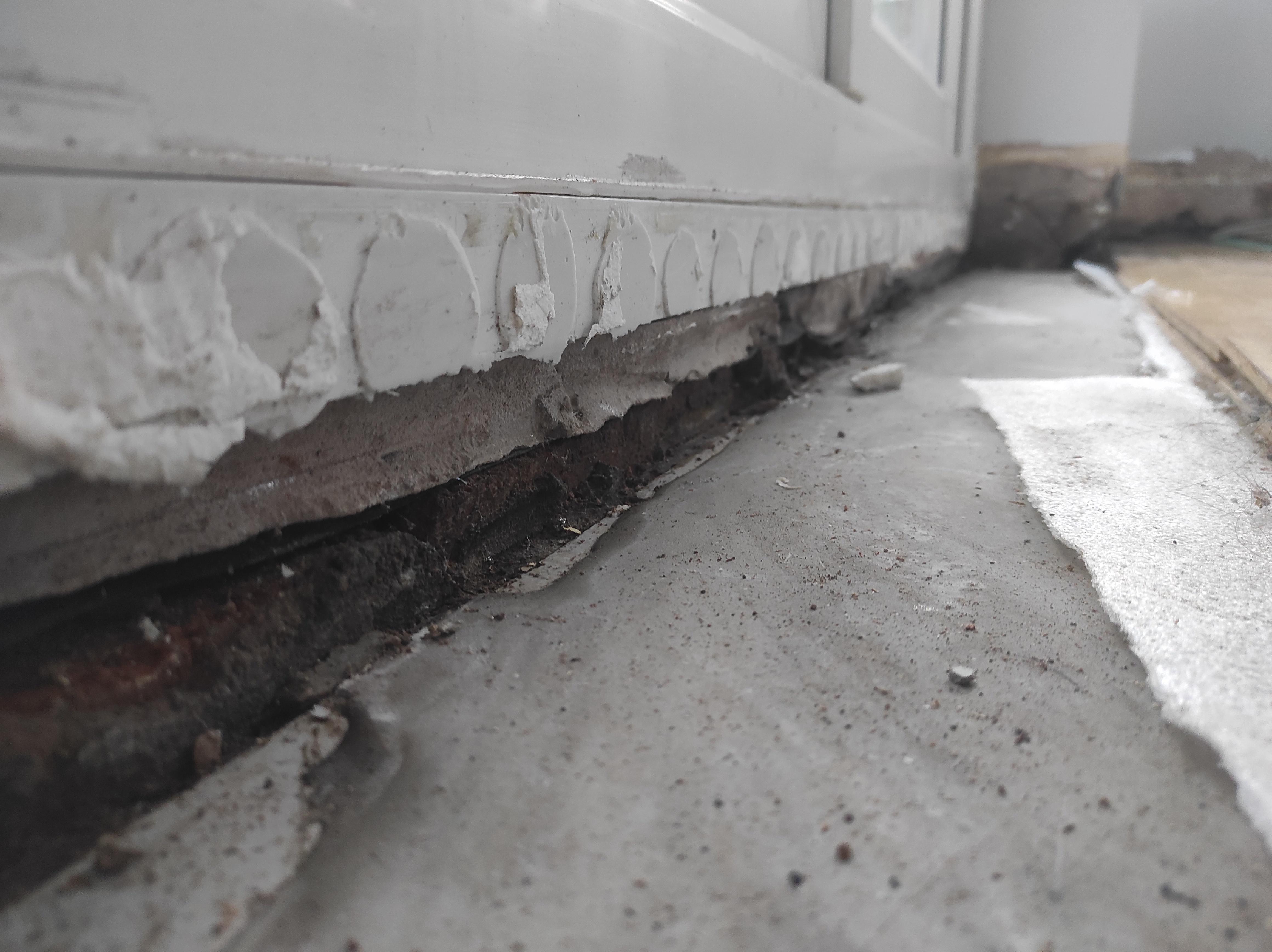