I've bought a house with a 20 year old conservatory.

Unfortunately, water is coming through the roof in the area marked in red. 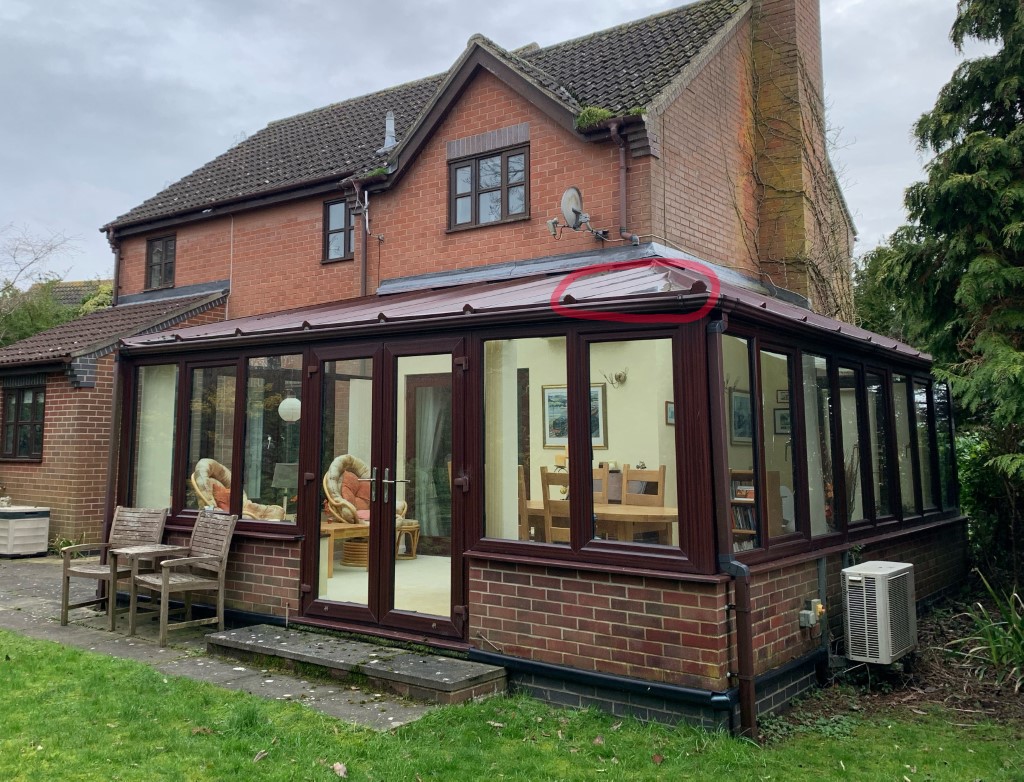 I think that one specific pane's seal has failed, but I don't really understand how the glass is secured to get to it.

I've taken a double glazing pane out before with beads and a rubber seal and I was expecting something similar - I was probably just going to smother it silicone...

I'm also aware the plastic is 20 years old so I don't want to be too aggressive incase I break it.

I did call the company that fitted it but they aren't interested in having a look, and their recommended repairer doesn't look at roofs in autumn/winter...

I'd be happy to pay someone, but last time I needed a roofer they just seemed to mess me around.

Internal trim removed - the waters coming through where the tape is so I think it's that edge that's failed. 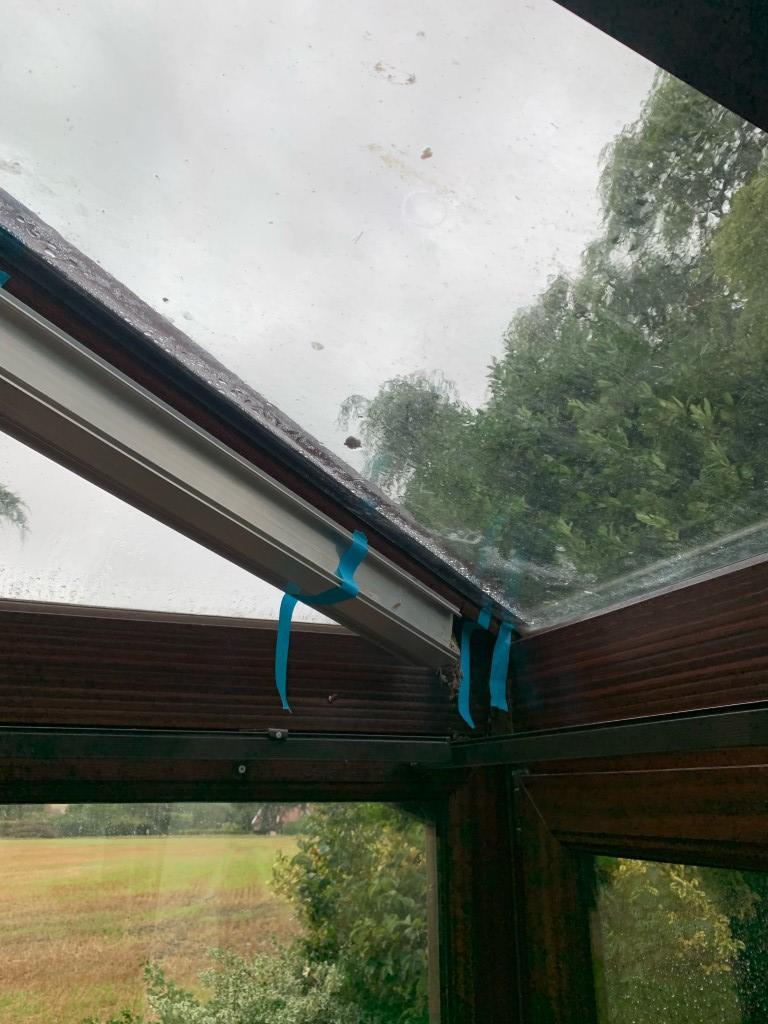 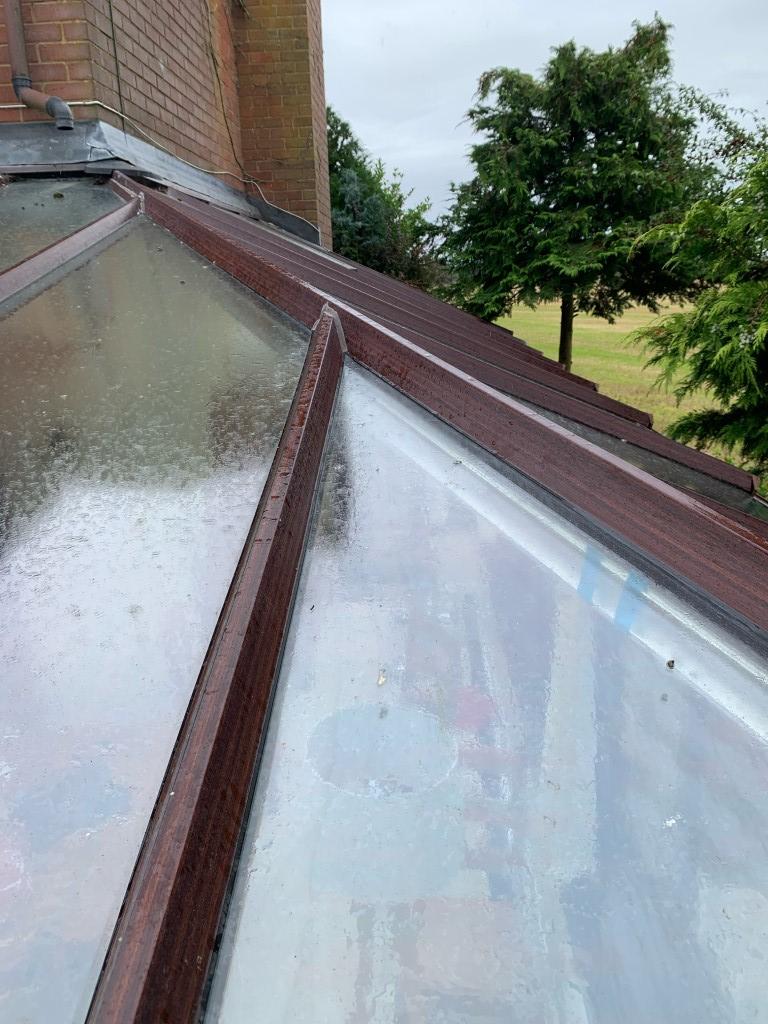 And although it's got a seal to the glass, I don't think this is the primary waterproof seal 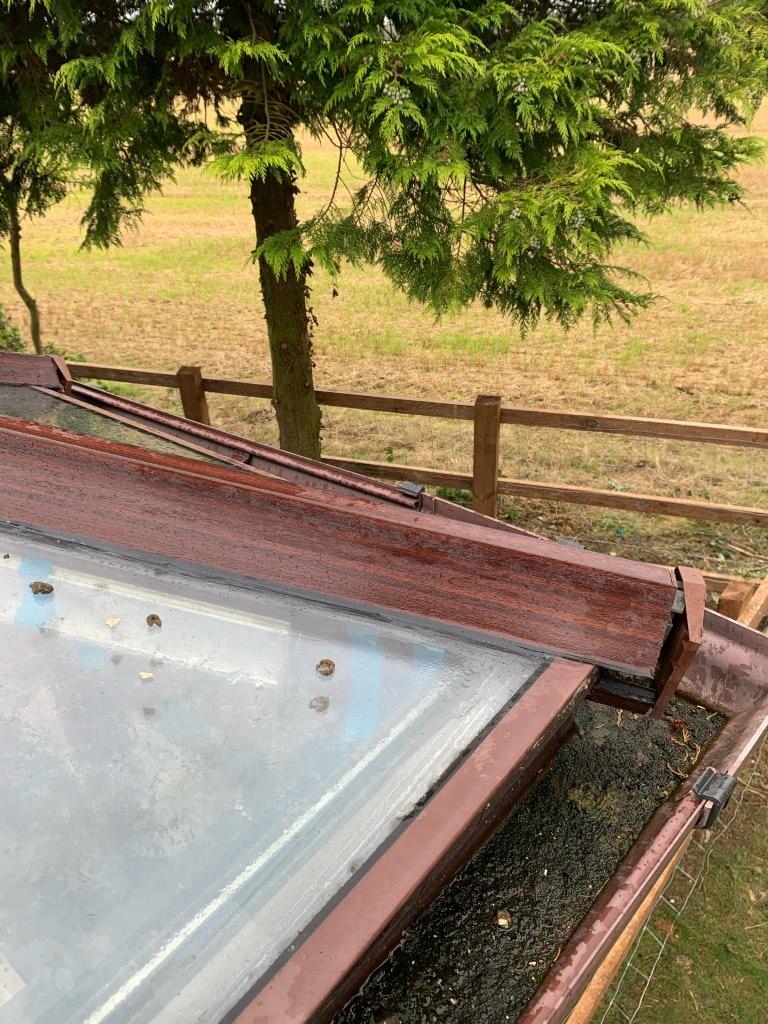 The trim secured with opposing clips in a channel but I don't see how you could remove them along the whole length to lift it out. 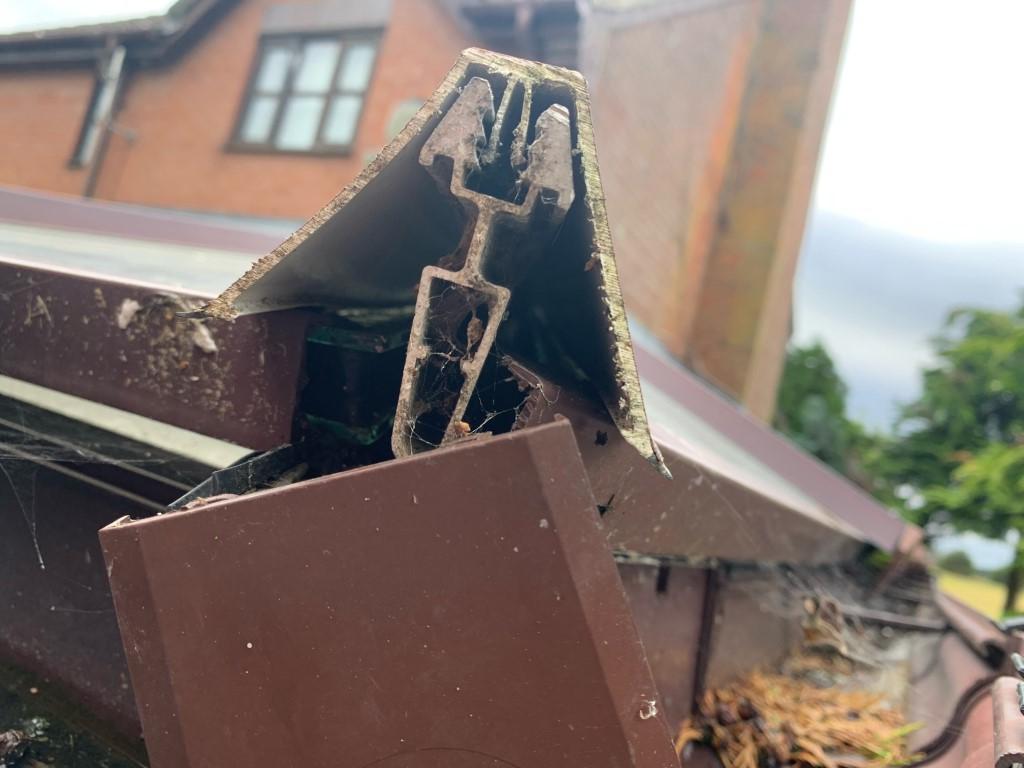 Just had similar with mine. The little black seal on the capping is the main seal that stops the water. The glass should hang over a channel, so if water gets under, it drips into that and runs out of the end, but my glass had slipped a fraction, so the water just seeped under. I did try lifting the glass, put a couple of shims under, and then low modulus silicone in the gap, then remove the shims, but all I really ended up with was a mess... My solution was a bead of low modulus silicone on the outside, but be sure to do the whole length, as you can not be sure exactly where it is getting under the seal, and then it runs down inside the capping.
Sponsored Links
F

The drainpipe that empties onto the roof probably is not helping...

I’d be more worried about those gutters up above. The glass panel may have slipped down causing the leak. Get that downpipe rerouted elsewhere and not onto the conny roof like that.
Sponsored Links
You must log in or register to reply here.

Tuesday at 7:31 PM
MisterBoy
M
L
Any thoughts on this extension roof design?