I wanted to know the best way to use my ceiling light fitting (which is a bayonet cap)
to connect an LED light strip that has a USB connector and typically plugs into a USB to mains plug adaptor (like the iPhone charger ones). I want to hang about 3m of LED around a acoustic panel on the ceiling of my home studio and use the light fitting to power it, as its right next to it and I don't use the ceiling light. What's the best way to connect to the USB light strip?

Is there a fitting that can safely run from the light to a USB socket that I can then plug the LED strip into?

Just trying to figure out how I can do this safely!

Many thanks
Sponsored Links

The best way is to forget this idea entirely!
It will go BANG! if you try connecting the bayonet lead to your USB lead.

USB is 5v DC, your lighting is 230v AC so the two need a power supply between them (that's the bit in the plug socket you push the USB lead into).
What does the instruction say it needs for a power supply? (whats in the small print on the one you use?).
5v at how many amps? (or is it 12v?)

You will also need to ensure that you have a fuse there somewhere.

Some where I have the transformer that was used when I was a child to run a 3 watt night light, but those days are in the past the Y connectors that allowed two items in the same BA22d connector are will gone. We don't plug irons in to lights any more.


BS 7671 said:
559.6.1.3 A ceiling rose shall not be used for the attachment of more than one outgoing flexible cord unless it is specially designed for multiple pendants.
559.6.1.4 Luminaire supporting couplers are designed specifically for the mechanical support and electrical connection of luminaires and shall not be used for the connection of any other equipment.
Click to expand...

This has removed the sales of the old plugs like shown in your picture, the problem is in the main lack of earth on the plug, the only two pin plug used in UK is a shaver plug which should go into a shaver socket which has an isolation transformer so it is an IT supply. (Insulated from Terrestrial not information technology)

In domestic or any other place where an ordinary person in in charge rather than instructed, skilled or competent one is required to use type tested equipment. There are fittings that have 12 volt transformers built in, which do give the room to replace it with a 5 volt DC power supply, but it could not be sold ready made, and if made by you it is not type tested.

I have also wanted to have a USB power supply in non standard form, wanted it to power a Nest Gen 3 thermostat mounted on the wall, loads to power it sitting on a table, in a table stand, but not wall mounted. The closest I could find was USB module in a grid switch, which for you would mean a socket back box in the ceiling.

Thanks for the replies.

And the USB led into that, would this be a safe solution?

The lights you show are for decoration, i.e. they look good, but light output is low.
1) You need alternative lighting to see with.
2) The socket would look ugly.
There has been many a debate as to having 13A sockets on the lighting circuit, seen it done many times in loft space to power an aerial amplifier, but the problem arises when some one plugs in some thing else. Be it a mobile phone dangling from ceiling or used as a table supply for the hot plate, sods law if you did that some one at some point would plug in some thing else and you would loose all the lights in the house.

At one point is was illegal, there were two meters one for lights and one for power and lights electric was cheaper, so up to the 50's there were adaptors to take the cheaper power from the lights, my granddads house only had two 15 amp sockets, when my dad in 1954 moved into a new house he was so proud of have 7 x 13A sockets in the house, there was one in every room plus landing, and a further dedicated 15 amp in airing cupboard for immersion heater.

The rules refer to dividing into circuits so failure of one does not effect another, so you don't loose lights, Jury-rigged. means something was assembled quickly with the materials on hand. Jerry-built. means it was cheaply or poorly built. Your idea falls into both, you should not need telling how daft it is, you just need to consider what it would look like.
B

mixer28 said:
I don't use the ceiling light.
Click to expand...

ericmark said:
1) You need alternative lighting to see with.
Click to expand...

What about something like this to take the USB connector;

then a cable like this to connect it to the ceiling rose;

Not saying anything about the electrical regs, but it would save you having to have a 13A socket on the ceiling 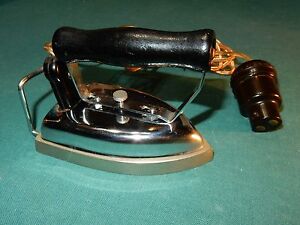 equals power from the lighting circuit.

mattylad said:
The best way is to forget this idea entirely!
Click to expand...

Coincidentally I found a PSU for a similar set of LED lights that my daughter wanted to use last night, the adapter was 5v 1A and seemed to work OK.
However the little box that goes on the end with the IR sensor in was marked as 12V 6A so it needs to be a beefy power supply output.

ericmark said:
At one point is was illegal, there were two meters one for lights and one for power and lights electric was cheaper, so up to the 50's there were adaptors to take the cheaper power from the lights, my granddads house only had two 15 amp sockets, when my dad in 1954 moved into a new house he was so proud of have 7 x 13A sockets in the house, there was one in every room plus landing, and a further dedicated 15 amp in airing cupboard for immersion heater.
Click to expand...

A school friend of mine moved to a council house about 1963, the whole installation consisted of a pair of cotton/rubber singles running along the front of the terrace with a cast iron junction box above every front door, inside there was a ceramic 2 pole fuse feeding only lighting except some one had added a 5A 3p socket beside the chimney breast and earted to the gas pipe.
Left for them were several cables with B22 plugs and 5A 3 pin sockets.

At the end of the terrace was a cast iron 2 pole 30A fused switch to supply the whole terrace. it was always left unscrewed due to the number of times a fuse blew and needed repairing.

And that's how they survived until I lost contact in 1966 when we went up from juniors to different senior schools.

mattylad said:
Coincidentally I found a PSU for a similar set of LED lights that my daughter wanted to use last night, the adapter was 5v 1A and seemed to work OK.
However the little box that goes on the end with the IR sensor in was marked as 12V 6A so it needs to be a beefy power supply output.
Click to expand...

Does the kit come with any rating of the tape? IE 5V 2W per metre as an example.

Oh dear, am I that bad? I did try to pull the punch. Had it been an under counter lamp which was going to be used temporary until lock down ended I may of hunted internet for an in-line USB or other temporary method of getting light, but those lights are for decoration, so unless it looks good no point.
P

Anker now do a nice slim multi-output USB PSU with a figure 8 input. It's rather expensive though.

ii) Light Level
My logic was

Anyway hope that clears things up.

Guess the main thing is if it invalidates home insurance/ not legal to repurpose a light fitting as you say, then its an easy "No" / end of story.

Thanks Plugwash. Was getting fed up with occupying up so many plug sockets for lights - the 4 port charges look like an option
D