Hello Forum,
I'm thinking of plumbing in a water softener myself (mainly because no local plumbers want to do the job for a sensible price). I've been advised that it should be connected to 22 mm pipes as I have a combination boiler. The existing pipework is 15 mm.

I've an idea of how I want to layout the new pipework (see attached picture) but I'm stuck on what to do with the incoming water main which is currently connected to 15 mm copper pipe and then to a 15 mm stopcock. The water main pipe is black and plastic and is 27 mm in diameter. The question is how do I connect this black water main pipe to 22 mm copper pipe? I've attached a picture of the existing connection.

I think the water main is LDPE but am not sure. I've searched the forum but can't find anything talking about 27 mm LDPE pipe so maybe it's not that? Any advice really appreciated.
Hope this is clear.
DD

I didn’t think you could have a softener doing the whole house. I thought you had to leave the drinking water taps unsoftened - more so for small children and those with heart problems.

Lots of people think that, but it isn't true.

It would be wasteful to have your garden tap softened, though soft water washes the car better.

There is an interest in the amount of sodium (sodium bicarbonate, as used in baking powder, indigestion remedies, soluble paracetamol) that is ingested by eating and drinking. If you are on dialysis, you should probably reduce your sodium intake drastically. But there is less sodium in a gallon of softened water than in a slice of bread. Softened water contains less sodium than whole milk.

Some people think a softener adds salt to the water. This is not true. But it exchanges the calcium in the water (from Calcium Carbonate) for sodium (as Sodium Bicarbonate), in about the same amount

Quite reasonable to have a hard-water tap for drinking, though it will taste better if you use a filter. Many people (I) prefer the taste of tea and coffee made with filtered or softened water.

I use very little salt, as sodium is supposed to be bad for the heart, and I have no interest in getting people to drink more, but softened water is not the threat some people believe.

Mottie,
Thanks for the reply however that's not true. I intend to add an additional hard water drinking tap to the sink but that's just choice and not mandatory. I left that detail out of my original post as I really only need to know about connecting the incoming water main.

John D,
Thanks for confirming it's not mandatory to have a hard water tap. Your explanation is exactly my understanding. The garden tap is un-softened (see diagram in my original post)

From the "interesting facts" section of the 'net:

"Let’s compare the sodium content of a glass of typical London water that has been softened with that of other foods & drinks in our diet:

We seem to have gone a bit off topic. Can anyone answer my original question?

denzildexter said:
I've been advised that it should be connected to 22 mm pipes as I have a combination boiler.
Click to expand...

Don't see why that would have to be. Is it in the manufacturer's instructions or from elsewhere?
Sponsored Links

black plastic pipe is most likely Alkathene, an old name for MDPE. It is likely to be in an inch-size, not metric. I would have thought 1-inch, though 27mm sounds too big, it should be about 25.4mm which so close to 25mm that a 25mm would fit. sometimes identification is printed or impressed on the side.

You can get stopcocks designed to go from plastic to copper,
https://www.screwfix.com/p/poly-stop-cock-25mm-x-22mm/97324
it's quite common, and there is a brass compression coupler. You need a thimble-like insert to go into the plastic pipe to prevent it getting squashed. With luck, you already have one with your existing stopcock. You can put poly pipe in boiling water to soften it if that helps it fit.

I too have a water softener, and you can get extra-large hoses and connectors to plumb it in. The normal ones are rather small bore and obstruct flow. The large ones are often sold in a kit with full-bore valves. I don't know what the flow reduction is from a standard softener and fittings, but there is some, so I suppose avoiding 15mm pipe will help.
Last edited: 15 Aug 2020
D

denzildexter said:
We seem to have gone a bit off topic. Can anyone answer my original question?
Click to expand...

forget it . these clowns will rather lecture you on totally unrelated nonsense .

Denso13,
It's a recommendation from the manufacturer. It's to do with flow rates I think.
JohnD,
It's 27mm diameter (86mm circumference) which is why I posed the question. I need to move the stopcock to be more accessible so I can't go from the black plastic to a stopcock.

Hard to tell for sure but it looks like you may have a reducing set in the fitting to reduce it to 15mm. If it is you can just remove that and the fitting will take 22mm pipe with a new olive. As long as it it isn't an old imperial fitting. 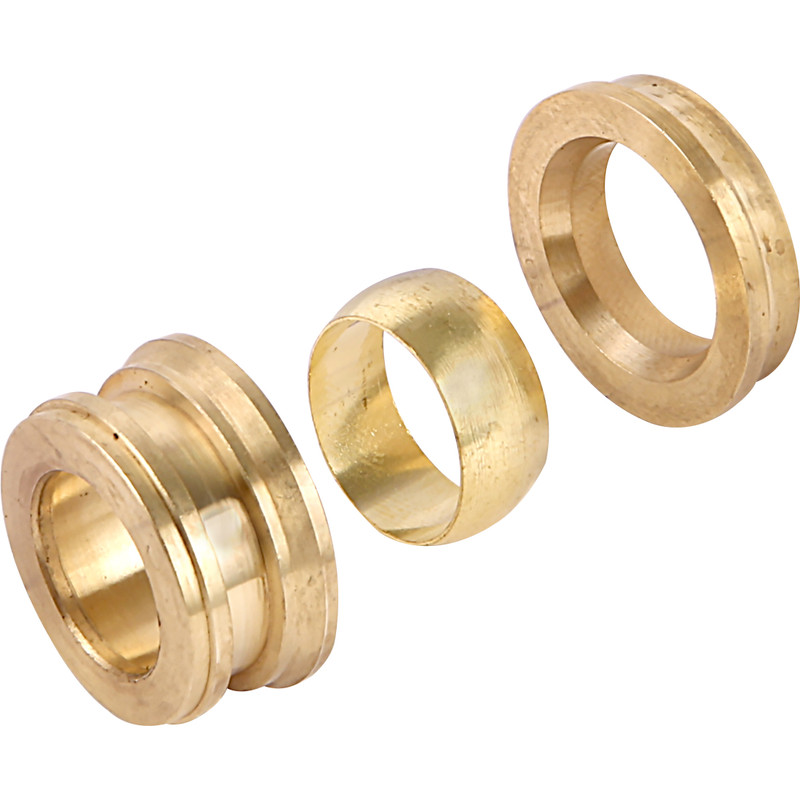 Thanks Denso13,
I was hoping that someone would say something like that (i.e. buy a different adapter). Any chance you could point me to such a product online? Otherwise I'll just be guessing.

Is it one of these?
https://www.diy.com/departments/plumbsure-compression-reducing-set-dia-22mm/34164_BQ.prd
DD

What I mean is you may already have one of these (perhaps a better picture) in the brass fitting already. I think I can just make out the top of the fitting below in your existing fitting, around the copper pipe. 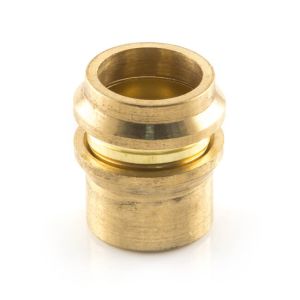 If that is the case then you can just remove this and fit the 22mm pipe into the existing fitting (as long as it is a metric one).

A lot ifs and buts but you would need to dismantle the fitting first to confirm.